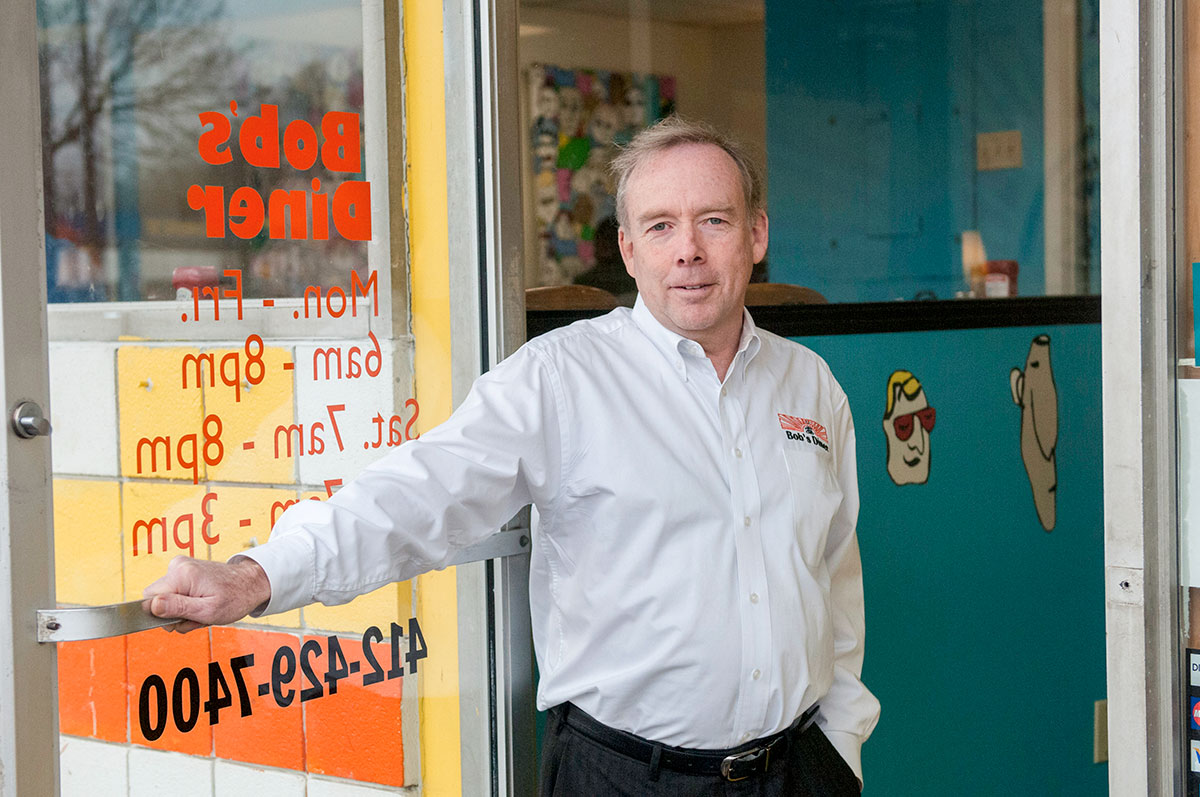 In the late seventies, Bob Marshall and his father visited Louie’s Diner on Commercial Boulevard in Ft. Lauderdale Florida, and it quickly became their favorite place to eat. With counter, booth and table service, Louie’s became an inspiration for Bob, and he was determined to have his own diner someday. His father’s influence stuck with him as well – just look for the Dad’s Favorite breakfast on the menu.

In 1999, Bob’s dream became a reality. He opened his first Diner on Noblestown Road in Greentree. When his father became ill, Bob lost his drive and sold it a few years later. Knowing his dad would have wanted him to stick with his passion for the diner business, he got back into it when he bought the old Bellevue Restaurant and called it “The Bellevue Diner.” Then, due to corporate downsizing and pretty serious health issues, Bob really went full-steam ahead and opened in Kennedy Township. As Bob’s Diner continued to grow, he opened restaurants in  Kennedy Township, Carnegie, Painters Run Road in the Mt. Lebanon/Scott/Upper Saint Clair area and Grove Road in Castle Shannon.

You would often see Bob chatting with customers, thanking them for their business and sometimes offering a dollar bill to those who finished both pancakes. Bob’s Diner is grateful for the support of the communities we serve and hope we have added a nice little spot for a good meal.

A Message from Bob’s Diner

We are temporarily closing our Painters Run, Bob's Express and Grove Road locations. We will continue to serve our customers with our full wonderful menu at our Carnegie, Kennedy and Express locations. Order online, use our Toast Take Out app, or give us a call. We'll keep you informed as changes are expected.
Holler Box